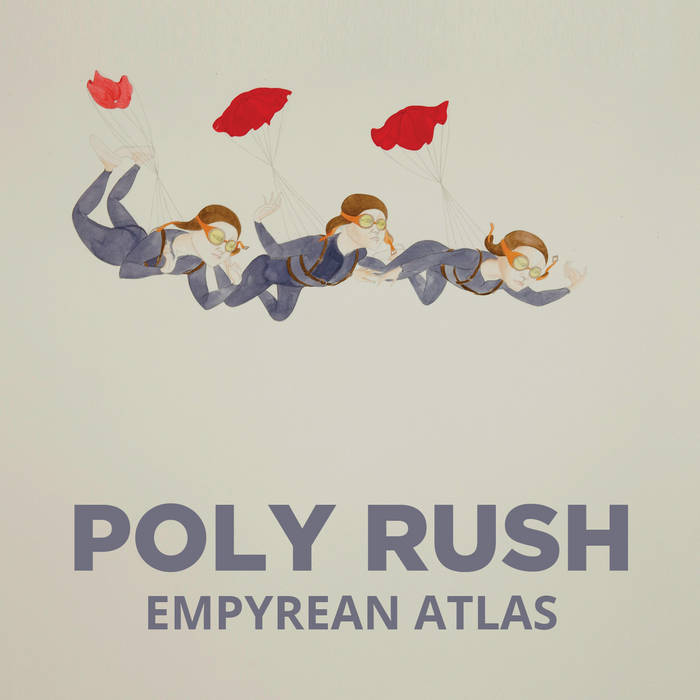 Jasper Skydecker this is great, thx! It's especially fun playing it for friends because they're consistently infatuated with it.

"Depending on the tune, the interwoven triple-guitar gamesmanship of Empyrean Atlas can run in few different directions: toward the mathy post-punk of Horse Lords or Battles, toward warmly anesthetic ambience (say, Pink Floyd meets Bradford Cox), or toward West African high life. On “Echolocation,” the clangy, lapping repetitions feel most in line with that last influence. The quintet’s movements are coiled and contained, but pulsing with small, ecstatic fibrillations."

"At eighteen minutes, Poly Rush might seem more EP-length teaser than full-length argument on behalf of Empyrean Atlas, yet what a teaser it is...I can't recall another outfit whose polyrhythms lock quite so tightly together as do Empyrean Atlas's...Brief it might be, but a track like “Echolocation,” for example, is very much capable of inducing an entranced swoon the moment that dazzling interplay appears."

Poly Rush explores the beauty and intimacy of acoustic music alongside the energy and power of electric instruments. Polyrhythms are the answer, except when simple, unison guitar lines will do.

Poly Rush is when the rhythm of a song makes you feel particularly alive. Polipoli chronicles an epic journey through the upcountry of Maui, 4-wheel driving on twisting one lane roads. Similarly, Echolocation is in search of an interesting environmental experience - a different kind of music echoing and bouncing its way through the underwater landscape. The source of the title Ocelot shall remain mysterious, although we will say it is related to Nethermead. Murmuring is that magical thing starlings do. Human beings do a similar thing with music; it’s just not something you can see.

Empyrean Atlas has been praised by everyone from Wilco, who called Inner Circle one of their 17 favorite records of 2015, to WNYC, who said “Empyrean Atlas looks like a rock band but sounds like a cross between Philip Glass and King Sunny Ade” as well as “the band is one of the most exciting parts of the New York music scene.”

Members of Empyrean Atlas have performed and/or recorded with the Philip Glass Ensemble, The National, Bear in Heaven, Steve Reich, Steve Coleman, Bing & Ruth, Briars of North America, Olga Bell, Happy Place, Little Women and many others. In July 2015, Wilco named Inner Circle as one of their 17 favorite records of the year. ... more

Bandcamp Daily  your guide to the world of Bandcamp

Cannibal Corpse's George "Corpsegrinder" Fisher stops by for an interview